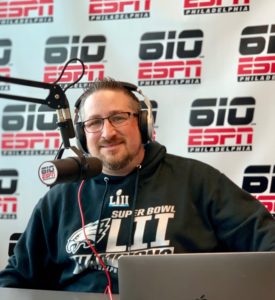 Jason Springer has spent more hours than he can count watching, listening to, playing and discussing sports. A longtime fan of Philadelphia sports teams, his life has been shaped in part by both the agony and exhilaration of those allegiances.

From attending events with family and friends, to watching on television, reading online, following on social media and listening on the radio, Jason has sought out available avenue to immerse himself in the world of sports.

When he is not talking about or watching sports, Jason is the President of JRS Strategies, a full service communications and digital media consulting firm. You can find Jason on Twitter @Jason_Springer. 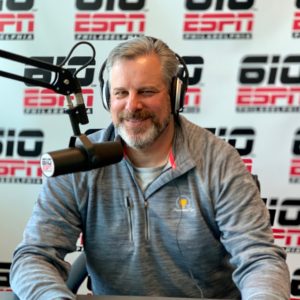 Jeff Cohen co-hosts The Heart of Sports on 610 ESPN Philadelphia (since 2006), High Hopes: Phillies Minor League Rundown and The Regiment, the official weekly radio show of the Delaware Blue Coats, G-League affiliate of the Philadelphia 76ers.  Jeff’s diverse background as an attorney, a youth sports coach and a sports fan gives him a unique perspective on the athlete, teams and the role of sports in the community.

As a coach, a leader in the youth sports community and a fundraiser for youth safety and health issues, Jeff understands the importance of proper development and protecting the health and safety of young athletes.  As a a commercial litigator, he provides an insiders perspective on legal matters that impact sports fans, including antitrust issues related to the movement of sports teams, trademark and copyright disputes related to the names and logos of athletes and teams and sports contracts.

In his “day job” you can find him working as a shareholder at the law firm of Flaster/Greenberg P.C., where he has worked for the past 17+ years, expanding his existing Philly practice to New Jersey and New York, as well as handling matters throughout the country. In his role as a radio host, you can find him on all 3 of the above talk shows and follow him on Twitter at @90wolverines (yes, he is a proud University of Michigan alumni and fan) @highhopesphils and @theheartofsport.