On a crisp fall morning in December, the Union and its faithful woke up to the realization that half of their starting lineup and their top two goalies would be out for this afternoon’s MLS Eastern Conference championship game. And yet, walking through the Sons of Ben parking lot at Subaru Park, you would never know it.  The usual Philadelphia sense of impending doom was nowhere to be seen, heard or felt, replaced by hope, attitude and even confidence.  That is largely due to Jim Curtin, longtime head coach and a true son of Philadelphia. 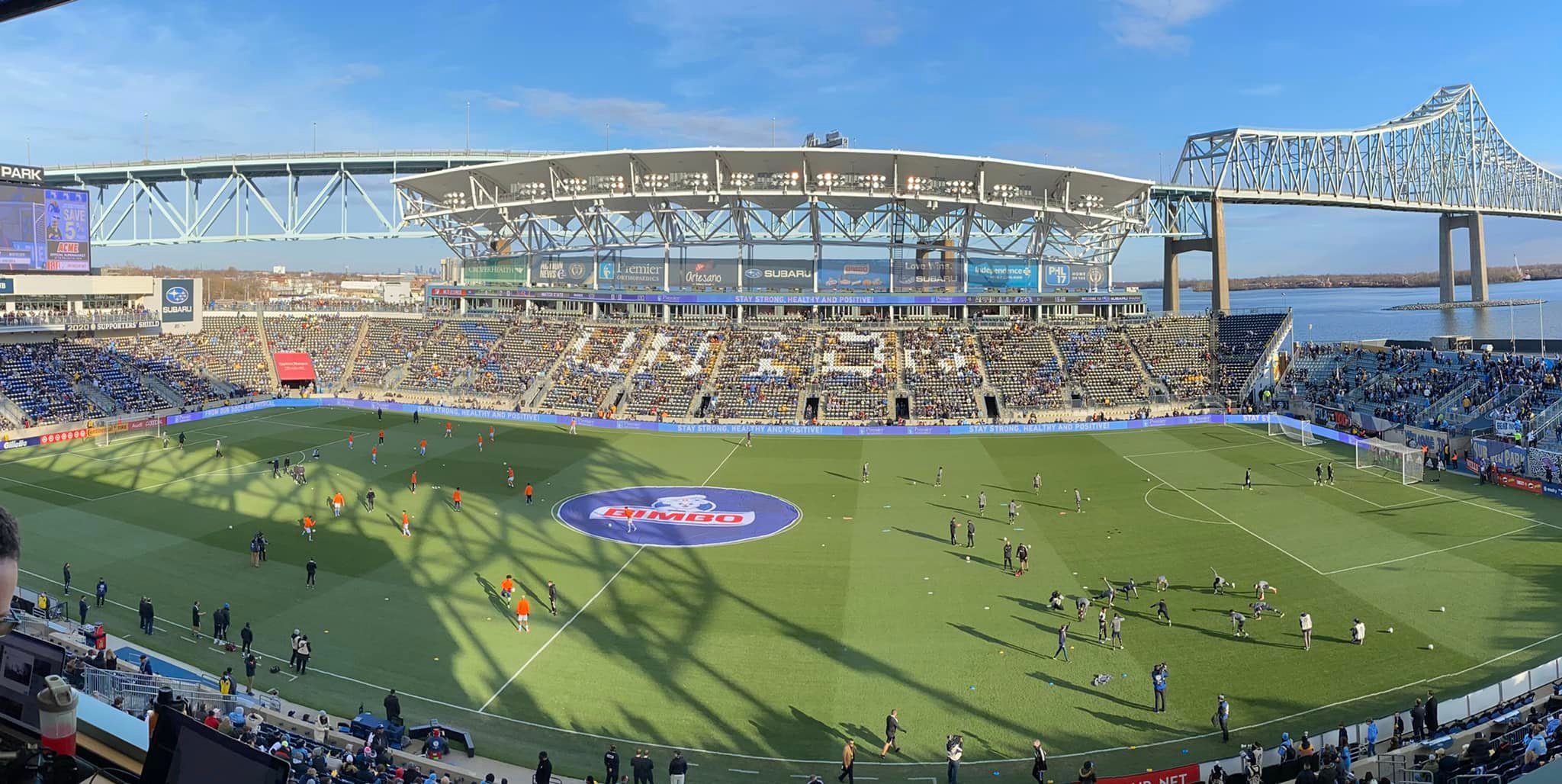 There is no such thing as a letdown or feeling sorry for yourself in this building.  Next man up isn’t just coachspeak or something the players say during post-game pressers, it is the Union way.  Partly by design and, more recently, by necessity, this team has evolved, grown and adjusted.  In a sport where players leave their MLS teams throughout the season to play for their home countries and other tournaments, the Union has had to adjust.  In a program loaded with young homegrown talent, the Union develop that talent not over seasons, but in a single season and without compromise…setting their sights on a championship to follow up on its Supporters Shield of just a year ago.

In Philadelphia, by halftime, belief would normally replaced by reality.  Not on this day, with this team, this coach, this organization and this fanbase.  No, the team playing without a large number of its starters (and not even allowed on the pitch) maintained a tie game and doubled up NYCFC in shots (4-2), not just by eating up clock but by strategically attacking.  When the first half ended, this band of brothers came together at midfield, not looking like a team seeking a moral victory but one that believed they were the next men up.

In the 62nd minute, faith was rewarded.  Przybylko took the perfect pass from Daniel Gazdag, a midseason addition from Hungary, and buried it in the back of the net. However, NYCFC drew even moments later, while the capacity crowd at Subaru Park was still celebrating and shaking the stadium to its core.  Then, as happens more in Philadelphia than a sports fan can seem to bear, NYCFC took advantage of a defensive error, scoring the game winning goal in the 88th minute.  Union players fell to their knees around the pitch, sensing their valiant effort was about to fall short. Before the final whistle, however, Union players lifted each other off the pitch and fought for the remaining few minutes.  And while NYCFC celebrated their trip to the MLS Cup, Philadelphia fans stayed and cheered for these next men up because they had seen something special.

In the end, this team became the symbol of the Union snake, looking from a distance like mere severed parts of the creature, but as you got closer, being a single unit forged together by its experience and its coach.